"It was only after we started using Hotelogix that we understood the full potential of a system on the cloud and its benefits. We are thrilled to be working with Hotelogix as it is the best cloud PMS in the market. We have seen an increase of 30% in our revenue since implementation."

With multiple awards such as “Best of Architecture & Design” and “Sustainable Hotel of the Year”, Nau Royal Boutique Hotel and Spa is a 13-room luxury boutique hotel, located on the Camburi beach, north east of Sao Paulo, Brazil. The hotel boasts of luxurious oceanfront facilities and a petit-spa by L’Occitane. It is known for its impeccable delivery on the classic trio that leisure travelers seek- Hospitality, Gastronomy and Therapy. Nau Royal is the perfect getaway for couples looking to spend some uninterrupted romantic time together, or a small group of friends.

The property has been hosting guests since 2011 in its 13 rooms ranging across 7 categories. The boutique hotel ran its operations, initially, through a system they had built in-house. Their PMS could handle bits and pieces of their activities but was not efficient.

Soon, they began witnessing the challenges that came with the arrangement they had. They also began to realize the need to implement a system that was more competent than what they already had.

Their in-house PMS proved to be a huge challenge for them on multiple fronts, such as 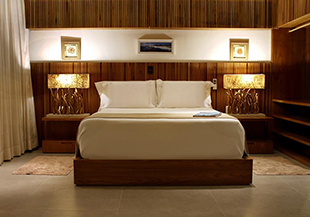 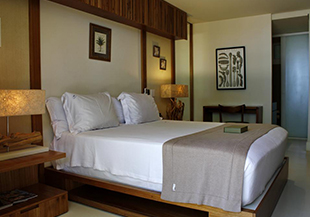 Upon realizing the need to invest in a cloud-based PMS that could tackle all their issues, they began their search for the one that addressed their exact business needs.

This is when they discovered Hotelogix and realized how important a cloud-based PMS was to their boutique hotel.

This is how Hotelogix addressed their needs and was the chosen solution for all their problems:

Nau Royal Boutique hotel has been using Hotelogix Cloud PMS since 2016. With all the necessary tools at their disposal and thanks to automation of operational activities, the team at Nau Royal have been successful in saving several man-hours per week.

Here are some of the other successes that Nau Royal Boutique Hotel and Spa have witnessed since implementing Hotelogix:

The owner found Hotelogix to be the best solution for hotels as it helps in saving on manp...

Hotelogix helped this 23-room property increase bookings, and the owner/manager was able t...

Hotelogix helped the staff save almost 100% time and the staff witnessed an increase in bo... 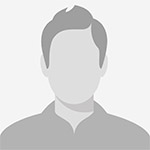